Summary:
One of the central questions in modern biology is to understand the molecular basis of phenotypic variation. This question can be partially answered by examining (epi)genomic variation between species or between individuals within the same species exhibiting phenotypic variation. The aim of my thesis is to study the implication of epigenetic modifications on phenotypic traits and evolution, using DNA methylation data.

The first two chapters of the thesis focuses on the epigenetic evolution of the human brain. The human brain is a great example of evolutionary innovation at multiple levels, having undergone dramatic expansion accompanied by structural and molecular reorganization. The major aim of these chapters was to elucidate the evolutionary origins of cell-type-specific epigenetic modifications in the human brain, by performing a comparative whole genome methylome analysis of human, chimpanzee, and rhesus macaque brains using fluorescence-activated sorted nuclei of neurons and oligodendrocytes. Results from the first chapters show that human brains have overall reduced CG methylation and increased CH methylation compared to brains of non-human primates. The human-derived hypomethylation significantly contributes to susceptibility to schizophrenia. These novel findings link epigenetic evolution of human brains to regulation and disease susceptibility.

It has been known for several decades that aging has a profound influence on DNA methylation. However, genomic patterns of brain DNA methylation with aging at cell-type resolution remain not well understood. In second part of chapters, I examined aging-associated DNA methylation changes at the whole-genome scale and at cellular resolution. The comprehensive analyses discovered that age explains a substantial proportion of DNA methylation variation observed in human brains with highly cell-type-specific patterns. Since molecular mechanisms of aging may share common evolutionary characteristics across closely related species, aging studies from non-human primates can be useful for studying human aging. Using DNA methylation data from baboons, I developed a DNA methylation-based age predictor.

Together, these studies highlight that comprehensive epigenome analyses can be a compelling approach to uncovering genotype-to-phenotype connections and provide the causal link between evolution and disease vulnerability. The comprehensive epigenome studies in my thesis shed light on our understanding of the epigenetic evolution of the human brain and aging epigenetic programs in human brains. 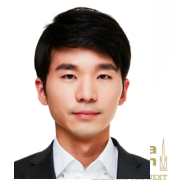