The Institute for Advanced Study (IAS) recently awarded Georgia Tech Bioinformatics Graduate Program Ph.D. student Breanna Shi the Advanced Graduate Ambassadorship from their Women and Mathematics program. As part of this award, Shi will organize a workshop to address equity by using her math background to help other underrepresented graduate students across Georgia Tech’s College of Sciences learn and apply math and computational methods in their research.

“Bree’s background in mathematics coupled with her passion for applying mathematical approaches to biological research made her a fantastic match for such an interdisciplinary program,” said Schmidt-Krey. “Bree has a particular interest in using machine learning in her research and making her skills accessible to other students via her symposium, outreach activities, and teaching.”

Shi first contacted Biological Sciences Associate Professor Patrick McGrath about coming to Georgia Tech to join the Bioinformatics program. “With her mathematical background and interest in genomics, I thought that she would be a great match for this program and Georgia Tech in general,” McGrath said.

“Now in her second year, Breanna is fully participating in our lab’s research,” he added. “She’s using her skills in machine learning and computational biology to understand the evolution of behavior in Lake Malawi cichlids, a large flock of species that have evolved a variety of new social behaviors.”

Schmidt-Krey shared that Shi advocates for graduate students via the Georgia Tech Student Government Association (SGA), is working towards the Tech to Teaching certificate in preparation for her plans to become a professor, participates in several underrepresented minority recruitment activities, and is an instructor in the VIP program, where she will involve undergraduates from various backgrounds in her research.

“Bree is currently supported by a GEM Fellowship and  GAANN award. Bree's symposium impressively shows a second-year Ph.D. student's initiative and commitment to equity in our community.”

“Bree’s research includes looking for particular neurons in the brain that are activated during reproductive behaviors,” said McGrath, who is now Shi’s advisor.

McGrath added that Shi is also passionate about using new technologies to study aggression behaviors, simulating virtual fish to induce and learn from aggressive behaviors in other fish.

Currently overseeing a large group of undergraduate and master’s students, Shi is also passionate about mentorship, adding that she became interested in education research through her time with the Georgia Tech Center for Teaching and Learning.

“While I was initially nervous about having her overseeing so many students so early in her career, Breanna has really done an outstanding job of overseeing this group,” McGrath shared. “Her goal is to become an academic professor, so it's great to see her display these skills. I am very proud of what Breanna has accomplished in such a short time.”

Shi’s mentorship will continue with the IAS workshop. “[The workshop] will be a partnership with Christin Salley, a third year Ph.D. student in Civil Engineering who is also a GEM fellow,” Shi said.

“Our hope is to get graduate students interested in using mathematics and computer science into their research,” Shi said. “As diversity fellows, Christin and I are making it a priority to  include students from diverse groups and to facilitate mentoring.”

They also hope to provide a collaborative environment where students can network and learn. “Our goal is to host this event annually,” Shi added.

Shi, who has two degrees in mathematics, has been interested to understand why some students find math and computer sciences (CS) difficult to master. She hopes to employ a few non-traditional techniques that will allow students to feel less resistant and more understanding of the subjects. “We hope to provide greater outcomes for the participants than their past experiences with math and CS.” 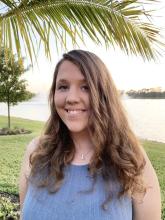 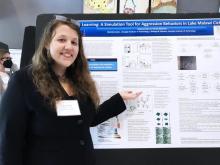